Of average height for a Draenei, Caet's hair is a blue tinted brown that falls short of a true purple. Worn down, it falls more prominently on the left side of her face, but she frequently wears it up under a wide brimmed hat, as well. Her skin is a pale grey-blue, and while not terribly battle-ravaged, it is most cetainly not free of scars. Her horns sweep back in an elegant curve from her forehead. In attire, she seems equally at home in robes or trousers, formal wear or casual clothing. She often carries a staff or walking stick, but it's not uncommon for her to carry a mace instead. She is a cheerful, casual sort of person who greatly enjoys exploring and alcohol.

Caet would say her life has been enjoyable, but nothing of note in the grand expanse of time. Her parents are long since dead, but that is not a unique circumstance in a race that has been largely irradicated. While she has recognizable skills as a healer, her lack of zealous devotion makes her something of a misfit among her kind. As such, she has often accompanied emissaries to other races; She offers a different point of view, and intergrates herself well, albiet informally, with many peoples. As something of a side project, Caet has collected histories and documented the races of the planets the Draenei have travelled to - often, these records are the only surviving reminders of races wiped out the the Burning Legion. She is much heartened by the evidence that Azeroth has repelled the Burning Legion before.

Out of Character Notes

Nothing to see here, move along! o.o 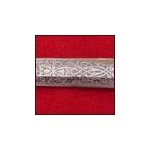