Vlasta is the serious type. She has a bit of a sense of humor, but it's rather dry and most people don't see the same humor in things she does. Vlasta does her best to make sure that any evil she comes across is first offered repentance before justice is needed. She's rather rough around the edges and has a bit of a temper problem when properly provoked, other than that she's a kind person.

Vlasta does not drink, do recreational smoking, drugs or sex. She's is pretty much a pillar of good morals.

Vlasta stands a good half a foot taller than your average draenei female. Her face is highly pierced; her ears being pierced the whole way up, as well as two rings in her eyebrows, a nose piercing and a lip piercing. Vlasta is muscular, much more than one would expect from a holy paladin.

Her skin is dark, to the point where one would call it ebony in color. Her hair is shoulder-length and a dark green, clumped and somewhat spikey in parts.

Vlasta is always seen in plate armor of some kind, usually with a shield and weapon on her person as well. She seems to almost radiate a holy aura, which has; on several occasions; made people of more evil bent very uncomfortable around her. She walks with an air of dignity, of one in a high position in life – one someone would look up to.

Vlasta was born on one of the planets in between Argus and Draenor. She doesn't remember much of the time spent on the Exodar before they landed and made Draenor their new home. She had a good childhood, her family settling on the border between Nagrand and Zangarmarsh. She grew up with uncorrupted orcs, learning their ways and training with some of their younger more adventurous kind.

She was always a rambunctious child and developed a taste for melee combat. In fact, if it hadn't been for her elder brother and the sway he had on her, she would have never followed the path of the Light. She joined the order at the youngest age they accepted and trained quickly in the ways of the Light.

Through most of her young life, Vlasta used the Light only for swift justice against evil-doers. It was even this way when they had to escape Draenor and she found herself using her power against orcs that were once considered friends. It was the escape that really hurt her. Her elder brother Nurzhan and her father told her to take her mother and sister to the Exodar to escape. She obliged, albeit reluctantly, and took the three of them to the Exodar. It was the last time she saw them.

The Exodar crashed on Azeroth and she was hit with another tragedy. Where Ethalyn and she survived, their mother did not. She collected up a group of young draenei, so to speak, and looks over them, helping them when they need help on their new home. Vlasta carried on her more violent ways in Azeroth, using her power to smite evil where it was needed. It wasn't until after some time in Azeroth that she discovered that she had a knack for exorcism and that she wasn't as satisfied with her more violent ways. She decided to take a new path, focusing more on helping people and honing her natural exorcist ability. It was after much time training and assisting that she caught the eye of the Sha'tar and they raised her rank to Grand Vindicator.

Some time after this she began taking pupils. She trained many young vindicators, the most notable being Zae. She's continued to give her pupils advice after they leave her side, so the best time to see her is when she's visiting an old pupil.

Vlasta is currently assisting with the fight against the Scourge and the Lich King, which makes her a very busy woman. It's rare that she's seen.

Out of Character Notes

(( Hi. This thing is primarily a work in progress. V is one of those characters that's been around for so long that I may have forgotten things... and I wrote this one AFTER I wrote Nerida_Moonsong/Anari,

Vlasta isn't seen around often, she's busy. She's an elitist jerk OOC, but so long as you arn't stupid then you'll get along.

Also, I'm big on running instances and general PvE, don't be afraid to contact me for anything from role-playing to running heroics. )) 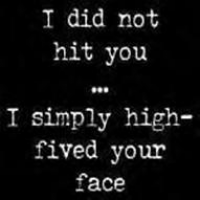